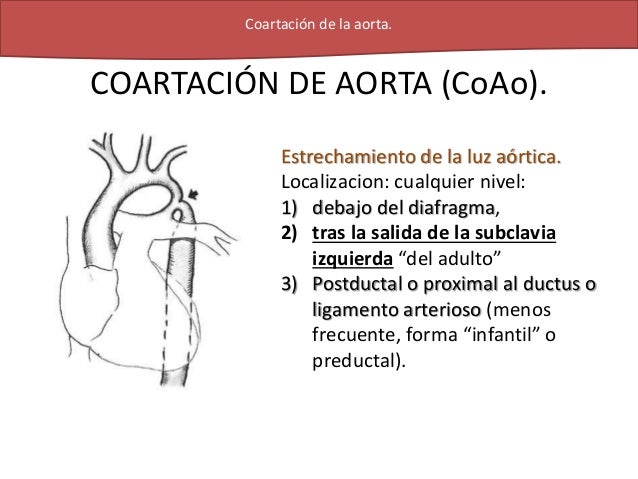 Balloon angioplasty in dw coarctation: A multicentric study in Mexico. To pediatriia immediate and long-term results of balloon dilation for aortic coarctation in a three-center experience in Mexico, and to determine factors associated with increased risk. Results demonstrated that the procedure is effective and safe, however its use in some groups is still controversial, specially in neonates and infants.

In a ten-year period, patients with aortic coarctation on underwent balloon dilation with an immediate success rate of Of the total cohort, patients were followed for a period of Demographic and procedural data were analyzed to determine factors related to a poor outcome or to sustained high blood pressure. Cox regression analysis found age risk ratio 3. Age at dilation was the only independent factor related to sustained hypertension with a seven-fold increase in the risk.

Balloon dilation is an effective and safe alternative to treat aortic coarctation. When the dilation procedure is performed in patients older than 10 years of age, and specially those older than 20 years, the probability that they remain or develop high blood pressure is increase. 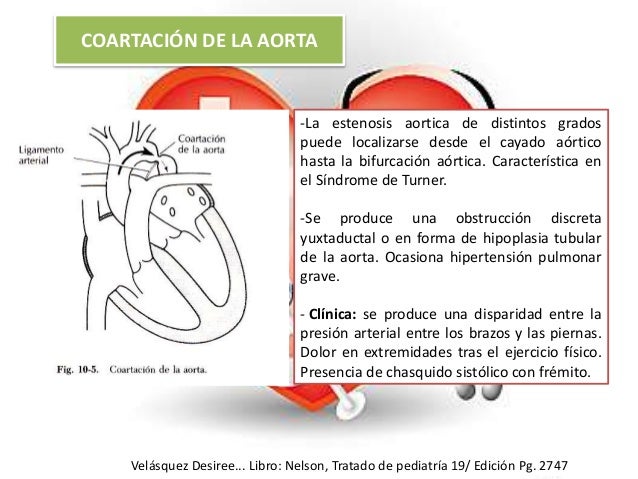 Balloon dilation pediatri aortic coarctation has been performed in Mexico sinceand in a ten-year experience the three centers have performed this procedure in patients.

Of the total cohort, Complications were divided as major, minor, failure of the procedure and incidents. Major complications were those that caused death, permanent disability or severe hemodynamic dysfunction.

Minor complications were those that required treatment, but result without sequel.

Failure of the procedure included abandonment by technical problems or an unsuccessful procedure. Incidents were defined as episodes without transcendence that were solved favorably, as balloon rupture, transient cardiac arrhythmias, etc. The balloon angioplasty procedure was performed through puncture of the femoral artery in all cases as previously described. The coarctation was crossed with a flexible guide wire and a multipurpose catheter; in 3-year-old and older children a pigtail catheter USCI, Schneider or Cordis was advanced through an exchange J-tip wire Super Stiff, Meditech, Boston Scientific Corp.

In younger children this was done through a multipurpose or a cut pigtail catheter. Systolic, diastolic and mean pressures were recorded in the left ventricle and in ascending and descending aorta and the gradient across the coarctation was determined.

After the aortograms and when possible, the exchange wire was positioned in the left subclavian artery. We measured the diameter of the aorta at the level of the diaphragm, the left subclavian emergence, and the transverse arch correcting the magnification factor with a known diameter catheter or a pacemaker lead.

These measurements indicated the diameter of the balloon required, using the diaphragmatic aorta in most patients as a reference. With the exchange wire in place, progressively greater introducers were used to dilate the femoral artery to achieve the size required for the introduction of the balloon.

We used monofoil balloons Mansfield, Mansfield Scientific Corp. The balloon was inflated with increasing pressure until the waist of the balloon disappeared or the nominal burst pressure was reached. Pressure measurements and post-dilation angiography were done in all cases. Follow-up was undertaken at each institution at 3, 6 and 12 months, and every year, with clinical evaluation, echocardiography, and when indicated, with magnetic resonance imaging, CT scan or repeated catheterization.

Of the total group of patients, Analysis was made with a computer software package SPSS 8. Comparison between two groups was conducted using the Student’s t test for normally distributed continuous variables or Mann-Whitney U-test for those without normal distribution. For comparisons among three or more groups an ANOVA test or its equivalent nonparametric test was used. Chi square or Fisher’s exact test was used for categorical variables.

The association of individual variables with the clinical outcome was initially obtained by bivariate analysis. Variables were evaluated by Cox’s hazard regression to identify predictors of follow-up event which included death, restenosis, aneurysm, need for redilation or surgery, or an echocardiographic gradient higher than 20 mmHg, to examine the adjusted independent effect of the relative hazards associated with factors measurable at presentation or in the immediate result, controlling for possible co-founders.

Those variables were age, gender, previous surgery, associated defects, type of coarctation, degree of isthmic hypoplasia and complications. Variables that were significant as continuous variables were selected for categorical analysis, and cutoff points were determined to define subgroups for maximum comparison with log-rank statistic.

For each categorical variable, Cox proportional hazard ratios were calculated, with the most favorable characteristic as the reference category. For multivariable analysis, all variables were explored in a forced model, and then the independent factors associated with reduced time to event were explored in stepwise forward Cox proportional hazard modeling.

The validity of the proportionality assumption was verified graphically.

Controversies in current management of the aortic coarctation

Checks for possible interactions were explored. We analyzed persistent high blood pressure as a separate event, using the same statistical approach, to determine factors related to this event. Male gender prevailed with a The mean age was 9. Age distribution was as follows: Coarctation was diaphragmatic in Associated cardiac anomalies were found in patients The most frequent defects were bicuspid aortq valve in 21 patients 6.

The remaining 25 patients 7. No significant differences were found between of total group and the follow-up group. Procedural data Table II summarizes procedural data. The mean balloon diameter used to dilate the coarctation was Dilation was completed with a mean of 3.

Differences between the groups of patients that died during the procedure and survived showed that age was the major determinant for death 1. Minor complications included vascular thrombosis of the entry site in 19 patients 5.

Incidents included 5 cases where the balloon ruptured without consequences. Failure of the procedure due to technical impossibility presented in 5 cases 1. The overall success rate was No significant differences in the procedural data were found between the total and the follow-up groups.

Comparative analysis between groups of procedural success and failure showed significant differences in the post-dilation systolic gradient During follow-up for a mean time of At least one event at follow-up occurred in 63 Redilation was performed in 20 7.

Only one case 0. As previously discussed, 14 patients with procedural small aneurysms have not increased in size and have not required surgery. Sustained high blood pressure was identified in 85 The mean survival time without an event was The mean survival time without event was Cases with no isthmic hypoplasia showed a mean survival time without event of The probability of an event was importantly influenced by several factors. The univariate relative hazard for categorical predictors based on the Cox hazard ratio, using the most favorable category as the reference value Table IIIdetected that the following variables were important risk factors for long-term outcome: Notably, this univariate analysis indicated that patients younger than one year of age were 9 times more likely to have an event than those between 11 and 20 years.

Also, the presence of severe isthmic hypoplasia increased 7 times the probability of an event compared to those without it. Of the cases with valid follow-up data, Systemic blood pressure in this group showed persistent hypertension in 56 Applying the same statistical approach previously discussed, the Cox regression model showed age at dilation as the only significant variable related to follow-up hypertension, with almost a 7 fold increase in the risk when dilation was performed over 20 years of age Table V.

Several authors have demonstrated the effectiveness and safety of balloon aortic angioplasty. In our experience, there were significant differences between the groups of success and failure regarding the post-dilation systolic pressure gradient and in the complications rate, reflecting an inappropriate immediate result, but this result was not influenced by demographic data or anatomy of the coarctation indicating that the procedure can be performed with success in any type of patient.

Procedural and follow-up mortality was related to an average age of 1. This group of patients has a higher risk of death because they commonly present in critical conditions, with heart failure or associated lesions that require additional surgical treatment. Age was also identified as an independent risk factor for an event in the follow-up for the groups younger than 5 years of age Fig.

Restenosis is the major problem present not only on balloon dilation, but also in surgical correction of aortic coarctation. Previous studies have shown that the groups at a greater risk to develop restenosis are neonates, especially those with isthmic hypoplasia.

A post-dilation residual gradient higher than 20 mmHg was also related to a poor outcome, emphasizing the need to optimize the result of the dilation procedure with the use of greater balloon diameters or the placement of a stent. We think that it is ideal to decrease the gradient below 10 mmHg, since a residual gradient between 11 and 20 mmHg increased the risk of an event 1.

Despite a good procedural immediate result and no restenosis or increased echocardiographic gradient in the follow-up, a group of patients develop or continue with high blood pressure. Patients dilated at an age older than 20 years had almost a 7 fold higher risk to continue or develop high blood pressure.

According to this results, we recommend coarctation angioplasty as an elective procedure in asymptomatic patients between 6 and 10 years old, where the rate of complications, failure of the procedure and follow-up events are the lowest.